Picture an immense ocean. An endless sea with translucent waters and mild temperatures.
Now imagine that in the midst of this an immense mass of rock rises up from the depths, which is understood to have stood there for eighteen million years, with basalt as its rock base.
At least 5.2 million years ago (as the Miocene era gave way to the Pliocene) coral reefs began to grow around the young island. Due to the upward motion of the island and volcanic activity during the ice age or even later, these reefs were eventually to be found 475m above the level of the open sea near S. Vicente.
Now think that, after all those years, across an endless sea, the translucent waters and balmy temperatures, stands a unique island, moulded by nature. An island with a flora as ancient as time where it is now possible to dive into the dawn of its history.
So far, so good. Now, stop dreaming – because such an island exists. It is called Madeira, and is a self-governed region of Portugal, that country which introduced the old world to new worlds in the 15th century.
The archipelago is surrounded by the Atlantic Ocean, 500 km from the coast of Africa and 1,000 km from mainland Europe. Portugal is its closest country on that continent.
It consists of the islands of Madeira and Porto Santo and the uninhabited Selvagens and Desertas islands.
Madeira itself has an area of 741 Km2 (57 km long and 22 km wide).
By air, the island is a one-and-a-half hour flight from Lisbon, and around two-and-a-half to three from other major European cities.
Even though the Island first was colonized by the Portuguese on the order from Henry the Navigator in 1420, the islands were known by the Phoenicians as Macaronesia, or the Happy Islands. Newer research find that they also were visited by the Vikings.
The settlers burned of the native vegetation, terraced the steep slopes and planted sugar canes and later bananas in the semi-tropical climate. But still you will find the old Laurisilva forest, now a UNESCO heritage, especially on the northern part of the island.
Later vineyards were planted, and the seafarers discovered that it grew richer and more distinctive as the sun heated the wooden casks in which it was shipped. This gave the start to the Madeira Wine, a rich and often sweet wine that was a success in Brittan and the American colonies, and it was used for toasting the de signing of the American Declaration of Independence.

For centuries, Madeira has been a haven for those wanting to escape the turmoil of modern life. Few destinations offer such a variety of scenery – breath taking sea cliffs, rocky peaks, alpine plateaux, lush valleys and mountain terracing. Madeira retains an unspoilt beauty and charm.
Discover towering mountains, steep gorges and lush valleys. The rugged precipitous slopes have been cultivated in a multitude of terraces which are watered by famous levadas; little canals painstakingly dug over centuries to catch the island’s waterfall. This enables sugar cane, tropical fruits, exotic flowers and vines to grow in abundance.
Madeira is a scenic, year-round destination, with a mild climate the whole year. The north side remains mainly rural in nature whilst the south, especially in and around Funchal is more densely populated.
In the past time Madeira´s tourist were known to be newlywed or nearly dead, but today the island is been discovered by the younger travellers. They discovered that in this island you can have all kind of activities in a perfect climate and spectacular scenery, from swimming and hiking to radical sports like canyoning, mountain climbing, paragliding and BTT. Still you can have fine dining and an amazing night life. Still you can have fine dining and an amazing night life, and if you are lucky, maybe you can dump into Madeiras greatest son, Cristiano Ronaldo, born in Madeira 5th of February, 1985. 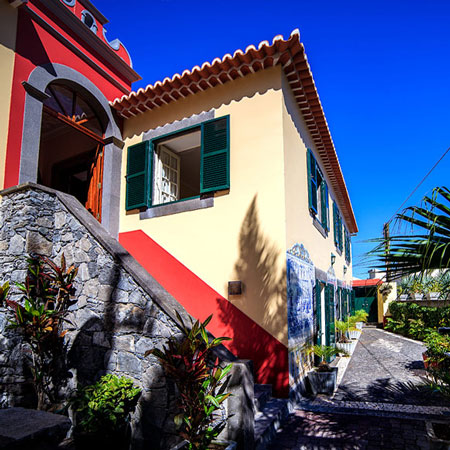 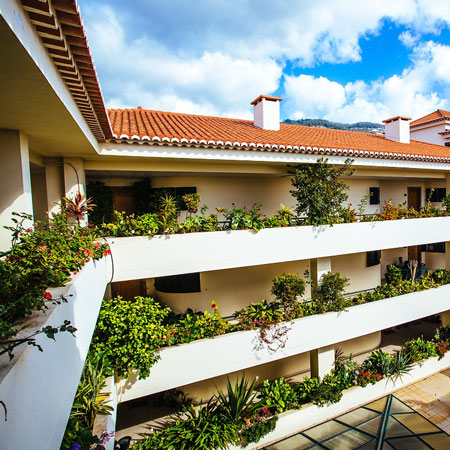 Dear Home! Thanks for giving us a rest, laugh, warm hand that special feeling that is so hard to find outside of your real home.